TG Pro will give you a look at what’s going on inside your Mac. No other app shows more temperature sensors or has as many options

for notifications and fan speeds. Find out which components are getting hot (and potentially overheating), turn up the fan speeds to cool down your Mac, get notifications for temperature alerts along with many other fantastic features. Plus, see if any sensors or fans are defective with the built-in hardware diagnostics. See why thousands of people trust TG Pro as the go-to app for temperatures and fan control. Try the free trial today. 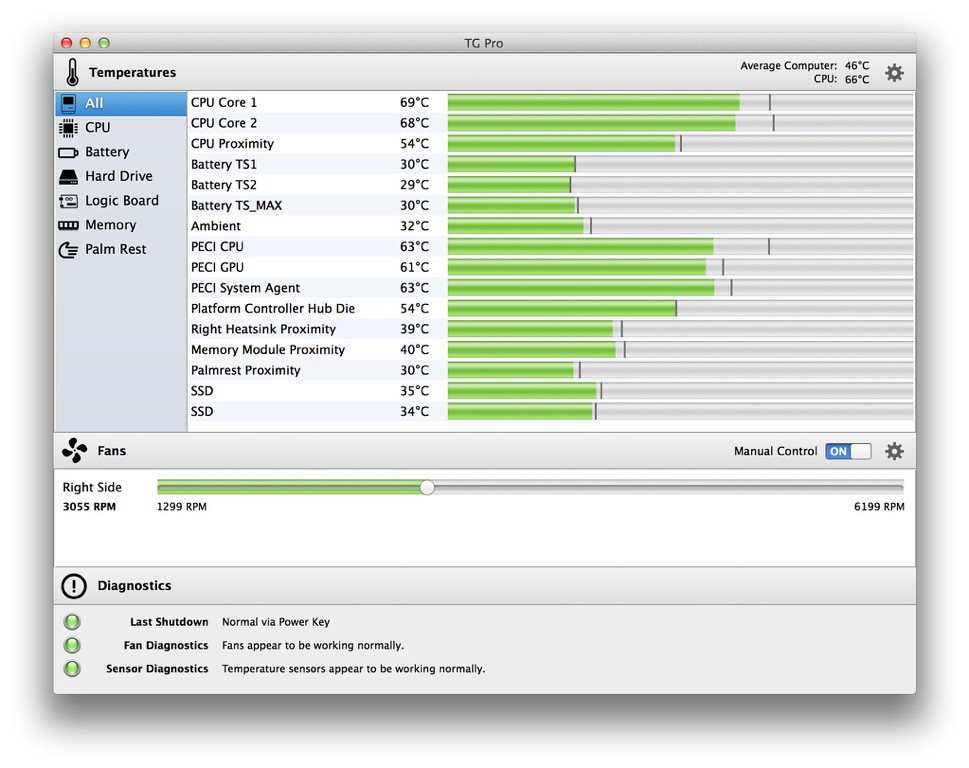