SILKYPIX Developer Studio Pro is the latest version of the SILKYPIX series, and has been developed to pursue “Higher image quality”

and “Much further fulfilling functions in order to finish the photo”. In this version by the improvement of RAW development engine “Color representation” and “Gradation” in highlight part have been improved significantly and “Natural sharp” which controls “Resolution and Blur” newly has been obtained. In addition, strongly requested from customer partial correction tool is equipped and it has become a digital developing software that strongly support customers’ photo work. 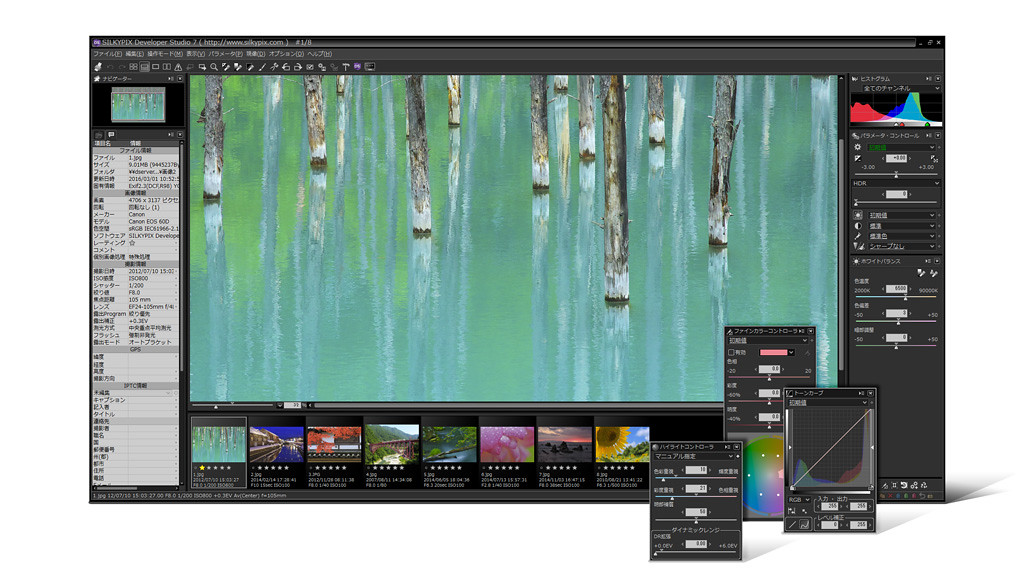